Born in 1995, Maverick Viñales made his début in World Championship GP Motorcycle Racing in 2011 astride an Aprilia in the 125 category, taking 4 wins and 5 podiums, making him the best rookie of the season and finishing third overall. After another high-level season, he won the Moto3 World Title in 2013 before moving up to Moto2 the next season. Thanks to the potential demonstrated in the intermediate class, he earned a seat in MotoGP from the 2015 season with Suzuki and on Yamaha from 2017. In the premier class Viñales has taken 9 wins, 13 pole positions and 28 podium finishes, in addition to two overall third places as his best final placement in the rider standings. 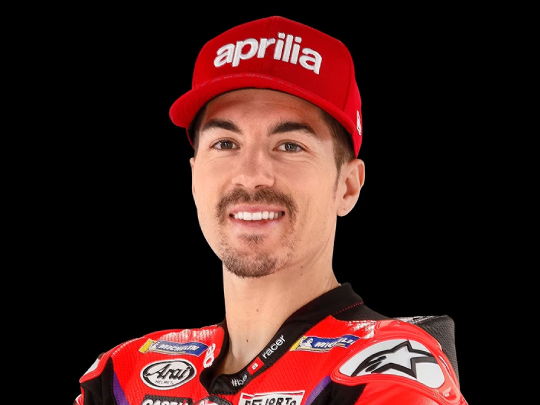 "From my first moment on this team, I realised that I had been chosen for a purpose - to take Aprilia to the top of modern MotoGP. This is the goal we are all working towards. I don’t think it’s fair to make predictions. I prefer focusing on the job at hand and on preparing because I believe that results are a direct consequence of our efforts. We had the great opportunity of getting to know one another ahead of time, doing a few races together and beginning to understand our reciprocal needs. We’ll need to exploit this advantage as much as possible. I am highly satisfied with the job the racing department did over the winter and now all that’s left is to show our progress on the track."