Born in Granollers, Spain on 30 July, 1989. Spanish 125 champion in 2004, after a series of placements in the 125 and 250 classes, he made a name for himself in 2012 as the best rider astride a CRT (the ART developed by Aprilia Racing) in the Grand Prix Motorcycle Racing premier class, a result that he repeated the following year. Overall, in MotoGP, Aleix Espargaró has taken two pole positions and a podium finish, as well as seventh place in the rider standings as his best position at the end of the championship season. 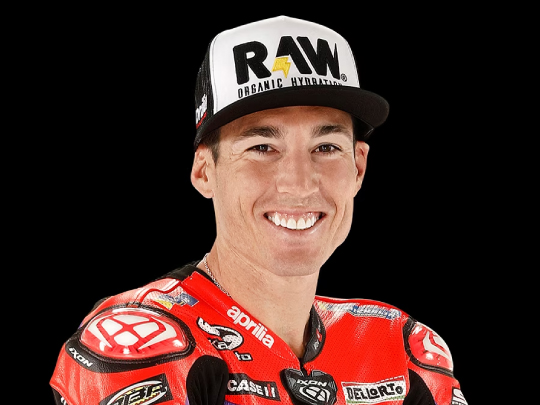 "It may seem trite, but I am always emotional at the start of a new season. I'm about to begin my fifth with Aprilia, a team that has by now become my second family. In fact, I can't wait to get back to work with them. The first contact with the new RS-GP was positive. The guys worked hard over the winter, but we still have a long way to go. We have a demanding and very busy championship ahead, where physical and mental fitness will need to be at top levels. I'm more prepared than ever."